Film review by Jason Day of Moonlight about a young boy in Miami and the kindly drug dealer who helps him begin his journey to manhood.

The last year has been one of controversial (The Birth Of a Nation), visually beautiful (A United Kingdom, Queen Of Katwe), the quirky (Hidden Figures) and hard hitting (the soon to be released Fences) cinema from black storytellers.

Moonlight may not be the strongest contender for the Best Picture Oscar at this year’s Academy Awards (La La Land will probably win), but it is the most surprising.

The narrative is a thwarted romance between two adolescent black men, set against a background of poverty and drug addiction, which challenges one’s preconceptions of ‘urban’ cinema. My own expectations were completely blown apart by Moonlight. 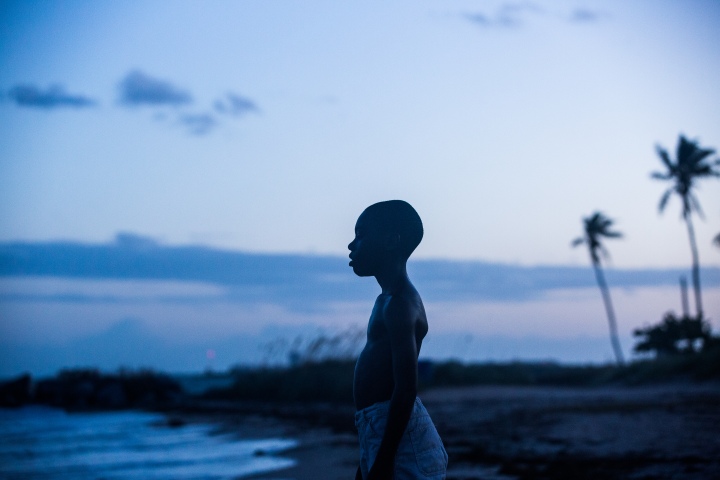 For example, our main character Chiron as a ten year old discusses his homosexuality with the drug dealer Juan (the only father he has ever known) and his girlfriend Teresa (Jangle Monae). Not the usual age for coming out in films.

Down in the mouth and tired, he innocently asks if he is a “faggot” and what the term means. I anticipated a nasty showdown with Juan humiliating Chiron for his lack of masculinity, setting the scene for Teresa to taunt the boy with her voluptuous body.

But no. Juan replies, calmly and gently, that faggot is an insulting word used to make gay men feel bad about themselves. While Chiron “might be gay” he will never be a fag. Teresa offers quiet support from the sidelines, letting the ‘father’ explain.

Juan later instils trust in this much neglected boy with a trip to the beach. He teaches ‘Little’ to swim and this is exactly the baptism it is supposed to symbolise – Chiron lets go, is bathed in love and acceptance and is born again. 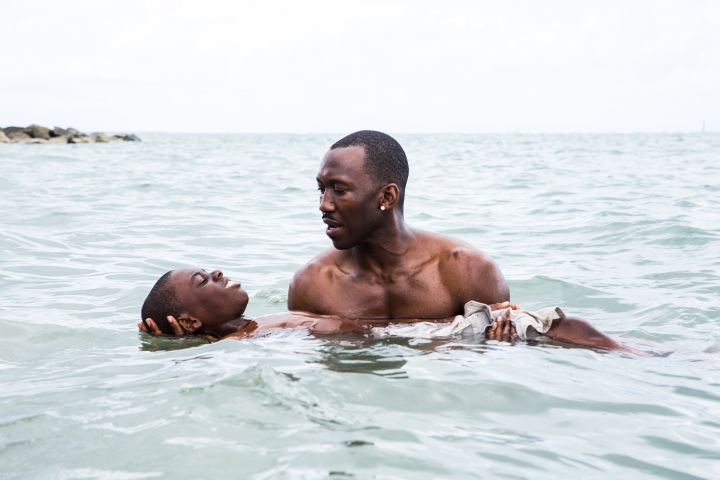 Despite a furtive beachside fumble with his high school sweetheart Kevin, Chiron has had little sexual contact with anyone since that experience. Again, this is not something that chimes with the stereotypical presentation of black men in cinema. Adult Chiron admits this 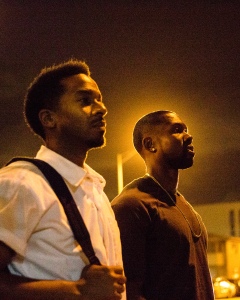 All grown up: Kevin (Andre Holland) and Chiron (Trevante Rhodes) look to the future.

candidly and the revelation carries intimacy and the two embrace rather than ripping each other’s clothes off to knock boots.

There is the tentative possibility of romance and a settled, adult relationship here now that Chiron has gone full circle to ‘become’ Juan (down to the false gold teeth and diamond earrings).

Life in Moonlight moves in circles and the camerawork reflects this. Right at the beginning when we see Juan approach a street dealer, the camera totters around, the background deliberately hazy, rather like the vision of the junkie who beseeches the man for crack.

We end on an ambiguous note. After reconciling with his former crack-addict mother (an impressively coarse Naomie Harris), Chiron drives away and into a blissful memory at the beach with his school friends and then on to his ‘reunion/date’ with Kevin.

Three actors (Hibbert as a boy, Ashton Sanders as a teenager and Trevant Rhodes as an adult) play Chiron, each with subtlety the role of a quiet and sweet natured boy looking for a family after such an appalling start in life.

The best performance however comes from the charming and charismatic Ali as Juan. He was recently named Best Supporting Actor by the Screen Actors Guild and may well scoop an Oscar for this smooth and assured turn.