Film review by Jason Day of The Equalizer 2, the action thriller about a man who helps oppressed or exploited people seek justice. Starring Denzel Washington and Pedro Pascal.

Robert McCall (Denzel Washington) is retired CIA Black-Ops who, years after his wife died, has pursued a double life. On the surface, he is an unassuming, mild mannered cab driver. Underneath, he is a vigilante hero, deeply determined to pursue justice for the weak, disempowered and dispossessed.

When his close friend and supporter (Melissa Leo) is beaten to death in a Brussels hotel room, he sets about seeking her killers while trying to rescue Miles (Ashton Sanders), a promising art student who is at risk of falling into the clutches of drug dealers.

Despite being a film critic, like everyone else, my personal preference imbue my enjoyment of movies.

Whatever the PR junket says about the latest silver screen release and irrespective of my own professional, supposedly unbiased (?!) stance should be, my own likes and dislikes prejudge my thoughts before I even grab the ticket in my sweaty palm.

The macho action thriller is one type of film that really sets my teeth on edge. I’ve seen enough Arnold, Sylvester, Bronsan, Willis and Liam Neeson ‘have-a-punch’/’have-a-go’ hero crap to last me a lifetime of viewing, so approaching this second film in the big screen update of the Edward Woodward 1980’s TV series was something I did with the utmost trepidation.

Let me explain, The Equalizer 2 is no Citizen Kane (1941) or Vertigo (1958). My review here is based entirely on how entertaining and gripping it was based on how poor I assumed it would be.

Watching films at the cinema, I usually check the time on my phone every 20 minutes, especially during a late night, mid-week screening after a long day at work. I’m desperate to know when I can make my way home and go to sleep.

The first sign that The Equalizer 2 is a better than average revenge thriller film – I didn’t check on this until 15 minutes before the movie finished.

I see now how, with movies like this, us critics can patronise the popcorn audience by wilfully trying to upset the cinematic experience of the general public by scoffing at ‘lesser’ sub-genres.

This movie more than gropes its way toward being a quality, more intelligent entertainment, helped enormously by a charismatic star and insightful director. 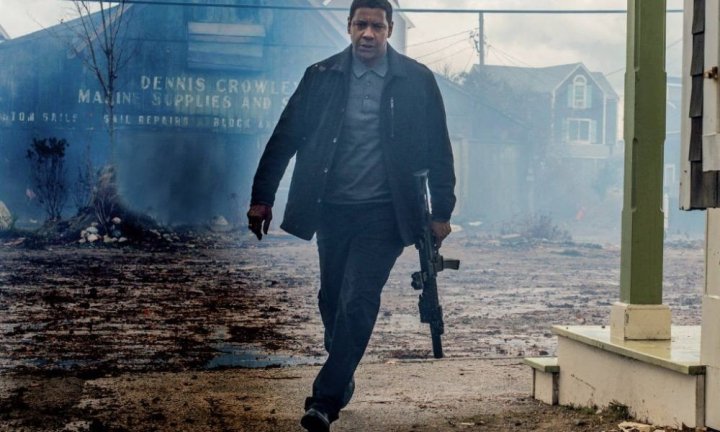 Fuqua has guided Washington toward his second acting Oscar in Training Day (2001. His first was for Best Supporting Actor in Glory, 1989) and has been entrusted by his star to handle other performances since then (The Magnificent Seven, 2016).

Fuqua’s handle of the camera, at once still, steady and composed, but punctuated by gripping, terrifying, always controlled explosions of stunning violence, explains his hiring for this sequel.

His perceptive, subtle and surprising marshalling of everything in this otherwise ordinary narrative elevates what could have been the disappointing, derivative movie I was expecting into a vastly more intelligent production.

Note the intense interplay between Washington and Moonlight‘s (2016) Ashton Sanders. Washington wants to steer him away from neighbourhood ‘hoods back to the art studies that is Sanders’ passion.

They eye each other to sus’ the other out, but always with respect, performing a dance of acceptance with each other, Sanders begrudgingly agreeing to paint Washington’s spartan apartment…in exchange for Washington’s delicious food.

Only actors who can maintain a coolness that belies a mutual mistrust such as Washington and Sanders can make these scenes, usually so mawkish and embarrassing for the viewer, work so well.

Washington turns the gun that Sanders covets on him and instructs him to shoot before switching this around and threatening to kill the boy for not grabbing a murderous opportunity.

This is worthy drama, perfectly played; to make you feel that something you are watching, something you have seen played out a hundred, if not a thousand times before, but is also a new, virgin experience, is something to be cherished and enjoyed.