Film review by Jason Day of Ben-Hur, the original, 1907 silver screen version of the story about boyhood friends who become enemies in ancient Rome.

Set during the Roman occupation of ancient Judea, the Roman procurator is attacked by tiles which fall from the respected noble house of Hur. After bing jailed, Ben-Hur (Herman Rottger) must race the Roman Messala (William S. Hart) in a chariot race to settle the dispute.

At this point in time, films were rarely longer than one reel (i.e. a reel of film in a standard film can, 10 minutes duration) so this version of the Lew Wallace novel was only ever going to cover the bare bones of an epic novel.

It’s worth noting and explaining the heavy use of long shots, the close-up (or even medium close-up) were used but not utilised often in early filmmaking. Later filmmakers, such as D.W. Griffith would help popularise this and use the close-up inventively. Ben-Hur looks like what it is – it filmed account of a stage production. 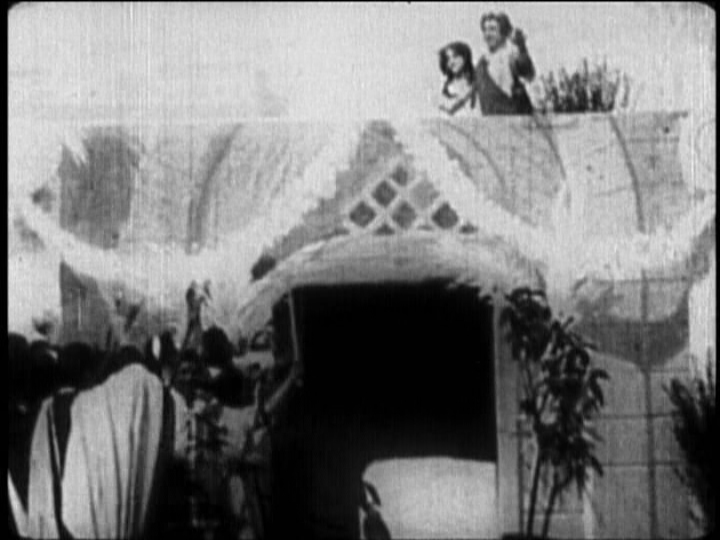 (Hart, who would go on to a hugely successful career in the movies as a star of western films, appears as Messala, not that one can discern him).

The infamous chariot race, used as a key climactic moment in all other film versions and generally seen as the standard by which all Ben-Hur‘s are judged, is thus stripped of any impact. The camera remains static as one chariot trundles past, followed by the next three in an orderly procession.

The version I saw (available on Youtube) contains a wonderfully dramatic score incorporating the epic and even the western. Truth be told, it is worth a thousand reels and far out-races the film it sits alongside. It sounds like the music which would accompany an overheated made-for-TV disaster movie.

At least in terms of expectations, this Ben-Hur doesn’t fail to deliver – it does exactly what film did in 1907 and has an undeniabley cute value in its creaky theatricality, with sets obviously painted onto canvas and a cast more or less asked to move at the right time rather than being directed to do anything.

Admittedly though, this orchestration is tightly choreographed, it doesn’t look like the filmmakers wasted one inch of film stock making this little addition to the Ben-Hur on film canon.